‘Let your speech always be gracious, seasoned with salt’

It was February, 1988. Quite cold in Karyes [the capital of the Holy Mountain]. It’s at quite a high elevation and it’s damp which makes things more difficult. But the weather was dry that day. There was a bit of a breeze and if you were warmly dressed it was quite enjoyable. It was late afternoon and the sun had just dropped behind the hill. I was walking along a path with Father Païsios, and on the way we met up with Fr. Kallinikos from the Skete of Koutloumousi.
We arrived at the little wooden bridge. There were walnut tress all around, with just bare branches.
‘Who’s gone and brought mandarins?’, asked Father Païsios in surprise.
Much further on, about sixty meters away, there was the gate to his yard and something showing at the bottom, which might have been orange in colour. From that distance it wasn’t possible to say more.
We soon arrived and, indeed, we saw a big plastic bag, orange in colour, full of mandarins. How on earth had he seen them? How did he know they were mandarins and not oranges? Given that the bag was orange it could have contained anything, apples, for example.
‘I really like mandarins’, he said, pretending to be greedy. ‘I’ll keep three for myself… No, better make it five… No, now I’ve got the chance I’ll take seven’, he said with a big smile and stopped at seven.
‘Take the rest across to Elder Iosif, Father Kallinikos’.
Father Kallinikos took his blessing and left. Fr. Païsios and I went into his little house. We sat in a cell and he asked me to read some manuscript texts of his.
About twenty minutes had passed when somebody knocked at the gate, wanting to see him.
‘Should I answer the door, Elder?’, I asked.
‘Better not. If they’re curious, they’ll leave. If they really need to see me, they won’t’.
We continued reading, and in a few minutes the knock came again.
‘Now what do we do, Elder?’
Instead of curtains, there was a piece of sheet over his window.
‘Take a peek, without them seeing you and tell me how many there are’.
‘I can’t tell, because I can’t see them’
‘Can’t you even add up? What were you doing all those years in America?. We’ll wait and they’ll knock again.
Sure enough, after a while they knocked again.
‘Now I’ll see if I can count them. I may not have finished Primary School, but I’ll see what I can do’.
He got up and opened the door.
‘What’s the matter, lads? Look at the time. What have you come for?’
‘Father we want to see you for a little. Can we?’
‘Certainly, you can see me, but what will we find to offer you? How many are you? Let me count. Seven. Let’s see what there is in the shop at this time of day’.
He went inside and returned with the seven mandarins.
I was absolutely amazed at the man. How did he know how many mandarins to keep? Did he know in advance? Had God shown him, without him realizing?
‘Where are you from?’, he asked with interest.
‘We’re from Athens. And Bruce and John are from America’.
‘From America? If we give them just a mandarin each they’ll make us a laughing-stock. Let’s see if there’s anything American in the supermarket’.
He went back inside and returned with a packet of American biscuits and a tin of Planters nuts. They were amazed and impressed.
‘Father’, asked one of them, ‘what does the talanto symbolize that they strike in monasteries?’

I don’t know what it symbolizes and it’s not important. What matters isn’t striking the talanto in a monastery but to multiply the talent· God’s given you. Listen. Because of the time, you have to leave. I’ve got only one thing to say to you. The problem with Americans is that, in English, ‘I’ is always written with a capital letter, whereas here in Greece we sometimes write ‘εγώ’ with a small ‘ε’.
They laughed at his joke and the Americans asked: ‘What does that mean? What should we do?’
‘Get rid of ‘I’ from your vocabulary. Egotism’s our great enemy. All of us, without exception, have to fight against it’.
There’s a courtesy about sanctity, a delicacy, a graciousness. He didn’t say anything  wise or theological, nor did he make any impressive revelations. But he filled their hearts. He knew that they would come, but he hid that from them. He gave his visitors a treat each, he was unlike anyone else in his behaviour, edifying in his speech and relaxing in his presence. Without trying to persuade anybody about anything, he convinced everybody about the most important things. With him, you were illumined, you found joy and rest. You felt like Mary at the feet of Christ. Like the apostles on Mount Tabor at the Transfiguration, you wanted never to leave.
Original text selection in cooperation with www.agiazoni.gr

Source: http://pemptousia.com/2016/09/let-your-speech-always-be-gracious-seasoned-with-salt/
Posted by FOCUS UNSW at 8:18 AM
Email ThisBlogThis!Share to TwitterShare to FacebookShare to Pinterest 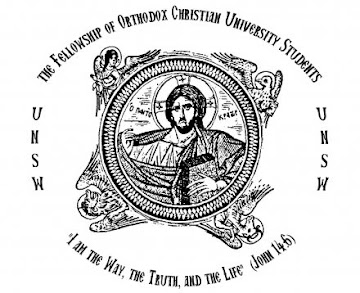 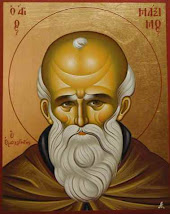 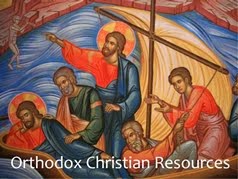 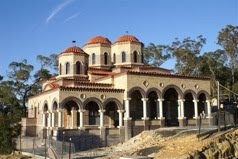 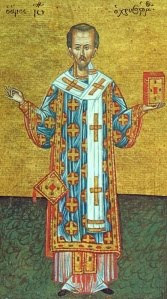 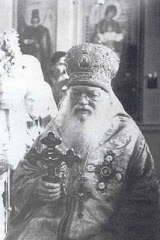 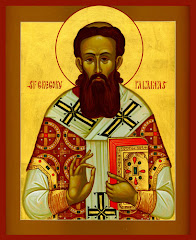 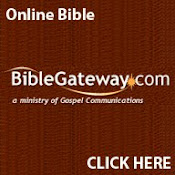